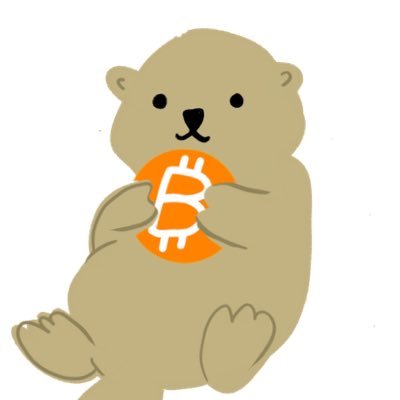 Following the Nexo revelations one must ask how independent is Cointelegraph as a crypto news outlet? otter has explosive findings that casts doubt on @cointelegraph journalistic integrity like, retweet & read on 🦦👇🏼🧵

it all centers around Teodora her bio claims she is in Nexo's Prime Brokerage department her old posts claim she was in Nexo PR team otter's sources claim that she is the girlfriend of Nexo founder, Kosta, who is currently on the run https://twitter.com/otteroooo/status/1613988089705422848?s=20

Kosta, one of the Bulgarian Boys of Nexo has not been apprehended by the police and is currently sought by them Social media evidence suggests that he is currently hiding out in Bahamas like, retweet and read on! 🦦👇🏼🧵

Four persons have been charged in the Nexo case They are accused of participating in an organized criminal group, created for the purpose of carrying out domestic and international crimes - money laundering, tax crimes, online fraud and unlicensed banking like & retweet 🦦🧵👇🏼

Two of the defendants were put on bail of $1.1m and $550.000 Among the four persons charged, two Bulgarian Boys have escaped and are being sought unconfirmed rumours swirling now within Bulgarian circles that one is hiding out in Bahamas (oh the irony) 🦦

Nexo is nexto "Bulgarian authorities raided Nexo offices in Sofia. It was reported to be an international operation underway for financial crimes It's been further reported that the Bulgarian owners of the company have appropriated Nexo customers assets" @Bitfinexed posts consistently having 10x more views than @paoloardoino IF Tether is under-collateralized, the bank run is imminent here's a short otter compilation thread on USDT but first, like and retweet this post 🦦👇🏻🧵

CZ short career as a threadoooor Withdraw from exchanges and self-custody immediately!

KUCOIN IS HAVING AN EPIC BANK RUN YET MANAGEMENT REMAINS SILENT a thread on Kucoin like, retweet, withdraw your funds, and read on! 🦦🧵👇🏻

DCG & Genesis do not want to provide proof of assets even if this may potentially bring down @BarrySilbert empire Why will anyone risk that? Otter speculates on the various possible reasons and rates their probabilities then otter shows how to protecc ourselves, in case 🦦🧵

speculation on reasons why DCG is hiding the addresses of reserves as secret 1. gone 2. tainted 3. shady why as a long time supporter of crypto, Barry could possibly dare to ask the community to TRUST ME BRO, DONT VERIFY unless he has no choice