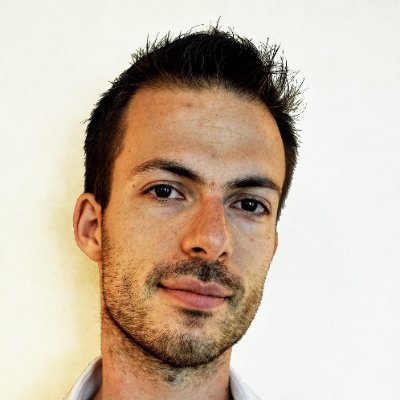 THE ITALIAN 110% SCHEME Italy is wasting the money of Europeans on a poorly-designed scheme to improve the energetic efficiency of its buildings at excessive costs (up to 85%+ of building value) and earthquake resistance of buildings in areas with no earthquake risk. Thread

How does the scheme work? The Italian government reimburses up to 110% of the costs to improve the energy efficiency of a building. Why 110%? Because 100% go to the landlord to cover construction costs and 10% to cover financing costs.

In theory, the government pays this bonus as a tax credit. But in practice, landlord can sell their tax credits to the construction company, who in turn sells them to banks. The result: the landlord doesn't need to spend a penny AND HAS THEREFORE NO INCENTIVE TO KEEP COSTS LOW

The ultimate result is that e.g. the building of the example above, which contains 150+ apartments, commissioned works for almost 18 million Euros without asking for multiple quotes nor negotiating on prices.

Are the works worth it? They should reduce energy consumption by about 40%. Given that the building's yearly heating expenses was about 148k€ in 2020, the works have a break-even of 122 years if prices keep constant, or 61 years if they permanently double.

I understand it's not all about the Return on Investment & that it's important to keep energy consumption low. But the question is not whether the billions used for this scheme will achieve positive results. It's whether they could have achieved better results if used elsewhere

The funding for the scheme and the laymen workforce to implement it are limited. Therefore, the government should ensure that it's used on the buildings where we get the most energy saved for the money spent. Sadly, there is no such cost-benefit consideration.

There are limits to the funding, for example, 30k€ per apartment in a large building. But it's easy to go around them. How? For example, additional funding can be asked if the works also make the building less vulnerable to earthquakes (up to 96k€ per apartment).

This would make sense, except that buildings in low-seismic risk areas can request the full 96k€. This is nonsense. As funding is limited, it should be directed towards buildings in high risk areas. Instead, for example…

To summarize: the Italian government is using funding, AFAIK partly European and partly national, to finance works with no cost-benefit consideration whatsoever, with enormous opportunity costs.

I'm not against subsidies. They have uses, both to improve sustainability and to stimulate the economy. But I'm against subsidies with no incentive for those using them to keep costs low and with no cost-benefit considerations.

Why is the Italian government doing this? Some would say corruption, but I think it's simply that this scheme benefits landlords due to real estate appreciation, and I suppose that most parliament members are landlords.

I'm raising a red flag now because many Italian landlords are submitting now the requests to get access to this funding before starting the works, so we're still in time to prevent a gigantic waste of money that could be better spent with a better-designed scheme.

I advise executives on how to develop their managers • EN, IT, FR, ES • 10y+ experience making managers more effective at delegating, engaging, and training.