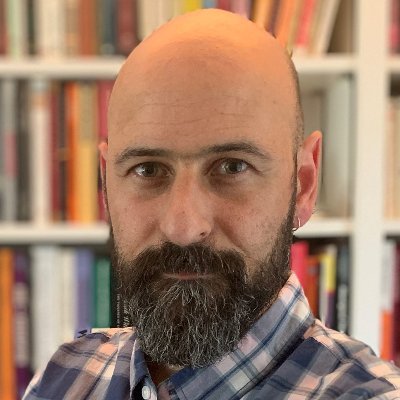 Canada's Internet is now being filtered by court order to enforce copyright. 🧵⤵

1. Long story short: Rogers, Bell, and Quebecor got a court order against major ISPs plus relatively tiny TekSavvy and Distributel, to block whatever IP addresses they tell us to, in the name of filtering out unlicensed hockey games. Read the order: https://2173091.fs1.hubspotusercontent-na1.net/hubfs/2173091/SiteBlocked/NHL/T-955-21%20-%20Public%20Order.pdf 2. For years, media companies in Canada have asked the government to use Internet filtering—or "site blocking"—to help enforce copyrights. In 2017, through a coalition called FairPlay, they asked the CRTC to create a site-blocking regime. They lost. https://crtc.gc.ca/eng/archive/2018/2018-384.htm

3. They made a similar pitch to the federal government committee reviewing the Copyright Act in 2018. I was there to oppose it. In its report, the INDU committee recommended studying a limited, copyright-specific injunction that balanced interests. https://www.ourcommons.ca/Content/Committee/421/INDU/Reports/RP10537003/indurp16/indurp16-e.pdf

4. In particular, I pointed out to the INDU committee that any effort to block sites will just lead to a slippery slope. After all, “The Net interprets censorship as damage and routes around it.” (John Gilmore). What happening now (⤵) and what's sure to follow, is what I meant. 5. How to treat unlicensed or unlawful content online is a policy question, and should rightly be addressed by the government, through consultations and independent experts who understand the many factors at play. Since that report, the government has not proposed any such remedy

6. That didn't stop Bell, Rogers, and Quebecor, who went straight to the Federal Court in 2019, asking for an order against themselves to block a streaming service called GoldTV. They also asked the court to order other ISPs to do the same, including TekSavvy.

7. TekSavvy was the only ISP to oppose that order on substantive grounds, including that it violated the principles of Network Neutrality. But the order was issued, and our appeals were not successful, even though we pursued it to the @SCC_eng. https://twitter.com/kaplanmyrth/status/1430653851368034309

8. You can read more about the GoldTV blocking order at TekSavvy's information page, the same page our customers see when they try to access a blocked GoldTV-associated site. http://goldtvblock.teksavvy.com/

9. By the way, the GoldTV order was supposed to last for two years, but (surprise!), Bell and friends are asking the court to extend it indefinitely. Because of course they are.

10. Even before the GoldTV appeals were done, Bell, Rogers, and Quebecor took the next leap, springboarding from GoldTV (a short list of blocked domains they can change through the court) to the NHL (a feed of IP addresses they can change at will, blocked during hockey games).

11. Applying GoldTV, they asked the court to order specific ISPs (not every ISP, mind you) to block whatever IP address they tell us to, targeting unlicensed streaming of NHL games. This time, to their credit, other ISPs stepped up and opposed it 👍🏼, but the media giants won 👎🏼.

12. On May 27, the Federal Court ordered named ISPs (including TekSavvy) to take a feed of IP addresses from the media companies and block them during NHL games. The list will change, so they call it "dynamic site blocking". I call it Internet filtering. https://decisions.fct-cf.gc.ca/fc-cf/decisions/en/item/521629/index.do

13. As much as I respect Justice Pentney and how he handled the case, the court is not the right place to create a policy framework with so many factors to balance. At least the wonderful @cippic intervened in the case to represent the public interest. https://cippic.ca/en/news/court_issues_novel_copyright_order_blocking_live_NHL_game_streaming

14. So, as we were ordered to, TekSavvy is now complying with the order, and we will be blocking access to whatever IP addresses Rogers' consultant tell us to block. This sucks. It's not how the Internet works. But we have to comply with the order. https://www.teksavvy.com/policies/internet-filtering/nhl/

15. What comes next? Well, for starters, why would they stop with NHL games? I fully expect the media giants to keep springboarding: Watch for orders filtering other unlicensed sports content, then channels and shows, movies, illegal gambling sites, and on to defamatory content.

Telecom lawyer in Ottawa, open access/content/data/knowledge advocate. I work at TekSavvy, but views here are my own (he/him). Also at @andykm@mastodon.social