How the pen tool works 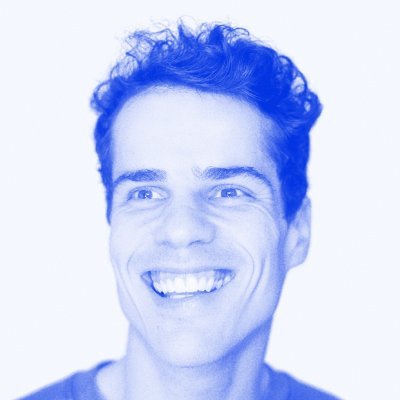 I've never really considered how the pen tool works. Turns out, it relies on Bezier Curves and how they work is super interesting🧵:

The key to Bezier Curves is something called linear interpolation. If we have two points, A and B, connected with a straight line, we can imagine a third point moving along that line. This point is interpolating (linearly) between the other two.

Let's add another point, C. We now have two interpolated points, one between A and C and the other between C and B. Both points are controlled by the same value , t.

This is kind of amazing because we can get some incredible curves from just moving the control point, C. (A and B are called anchor points)

This is known as a Cubic Bezier Curve and is what you're using when you create a shape with the pen tool. You're just stringing sets of these curves together.

if you want to go deeper on the maths, @FreyaHolmer has an amazing video on Bezier Curves here:

And @runemadsen has an excellent chapter on them in his book: https://programmingdesignsystems.com/shape/custom-shapes/index.html#custom-shapes-pANLh0l