First disclaimer: Audience-building on Twitter is hard. And then cultivating community is even harder. If you're up for it, do the challenge at the end. Let's get into it:

1. Highly Curate Your Following Garbage in, garbage out. If you want to come up with high-quality insights, you have to improve your information diet. Create a high-signal Twitter list...

2. Use Twitter Lists The timeline is affected by the algorithm. But your Twitter list isn't. So build your first one today (takes 2 mins). Here's a full tutorial:

3. Set up a effective profile Don't overcomplicate it. Here's THE framework to use: Niche + Social Proof. It just works. Look at this: 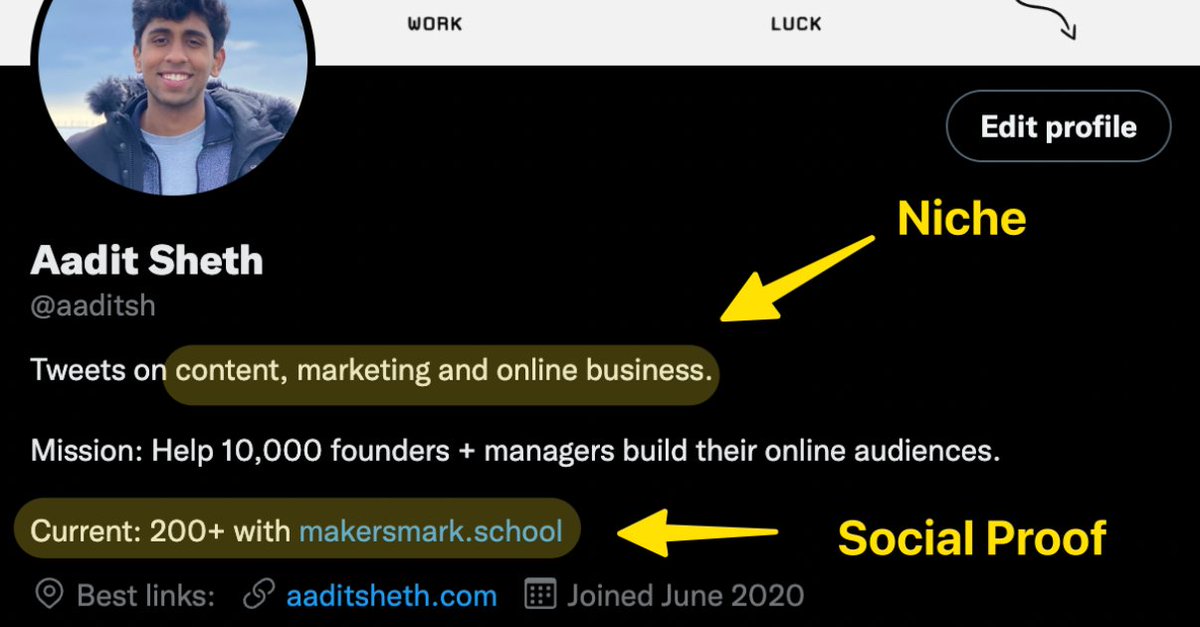 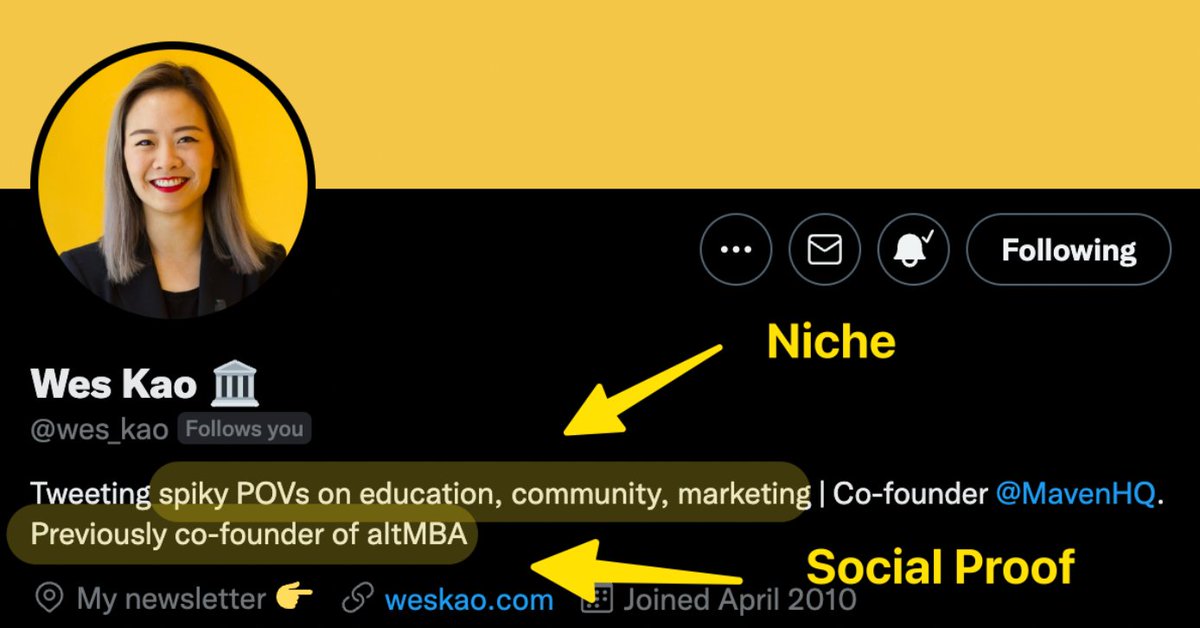 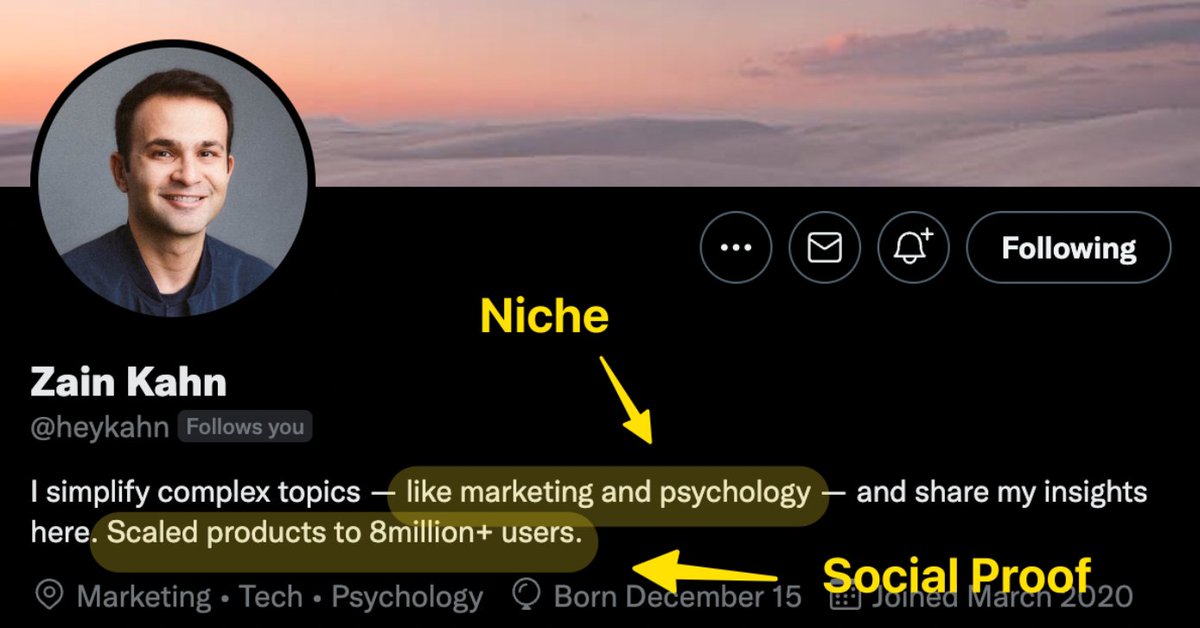 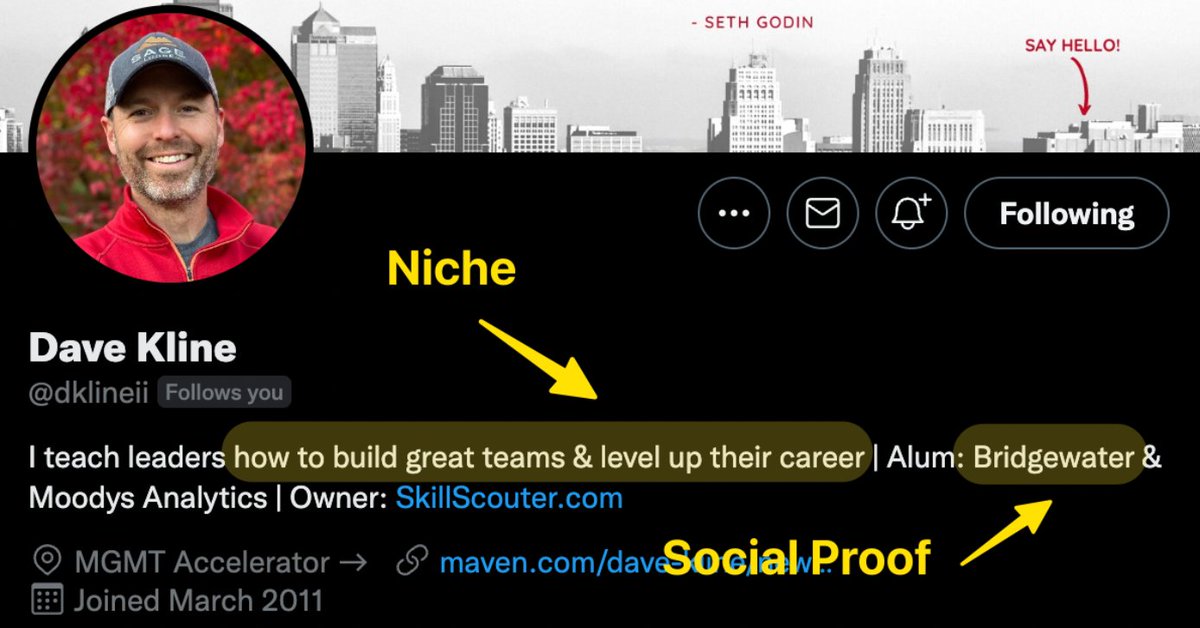 4. Don't network, make friends Networking feels very transactional. Instead: Have a give-first mindset. Give more value than you can ever imagine. Build friendships on Twitter and they'll become your biggest fans.

5. Use Tweetdeck Twitter can get quite crowded. To build upon those friendships, use Tweetdeck to stay in touch. Here's a full tutorial on how to use Tweetdeck effectively: https://www.loom.com/share/2a377ce9d6f74067b51d297b68db66a4

6. Write daily. Hit publish. The most common reason why people don't succeed: They quit too early. Write daily (even if it's just for 10 minutes).

Audience building is much easier with a community. That's why 220+ founders and entrepreneurs chose to join Makers Mark. — 2 week cohort — High-energy community — Learn all about building an audience on Twitter Join the waitlist for a $200 discount: https://maven.com/brandonaadit/makersmark/

Great to see over 100 people join the waitlist! The offer is still on! If you want the $200 discount, just drop your email.

20 y/o building internet businesses. Sharing the best ideas in my weekly blog (free for now): timebillionaires.substack.com Looking for a writer? DM me.